Our hard work has paid off!!!!

You might have spotted children in the area last Wednesday with some gloves and bin bags! Kiltealy N.S completed our Spring Clean around the locality. Wexford county council collected our rubbish last Friday. The children did a great job, but we really had to search for rubbish as Kiltealy was so clean.

We received some great news during the week…..we have qualified for our first green flag! The Green School committee and all the children in the school are so excited. They have all worked so hard to keep our school clean with as little waste as possible and really deserve this reward. 2 teachers and 2 pupils will represent the school on Thursday 21st May in Kilkenny during the award ceremony and will be extremely proud to bring home our first green school flag.

Keep up the great work everybody 😉

Here are some photos of Junior and Senior Infants participating in our Spring Clean……. 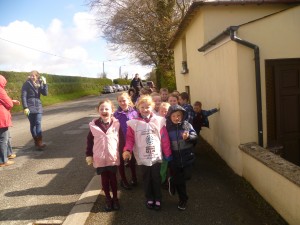 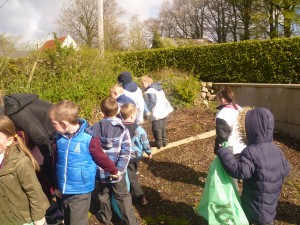 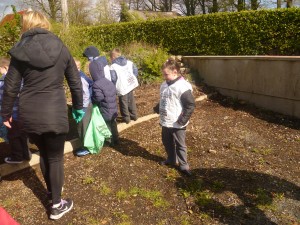 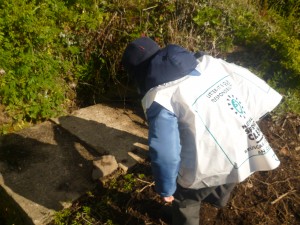 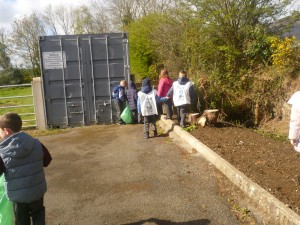 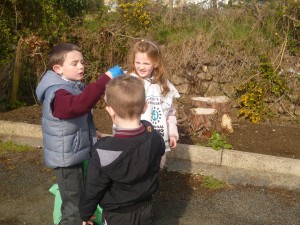 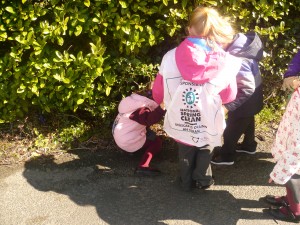 Our next clothes collection…..

Our next clothes collection will take place in June. The exact date is yet to be confirmed.  So gather up any unwanted clothes, bag , duvets, curtains …..anything made from fabric as we will be happy to take them off your hands 😉

The girls in fifth and sixth class in Kiltealy, Ballindaggin and Caim are currently training and taking part in the Rackard League camogie competition. The girls have made a superb start with two comfortable victories over Gorey Bunscoil Loretto and also Rathnure National School, winning by 7-6 to no score and 5-2 to no score respectively. Our next game will take place in Coolree on Tuesday 12th of May at 2.00pm against Blackwater and the final qualifying game takes place eight days later in Coolree on Wednesday 20th of May at 2.00pm against Craanford.

The girls are putting in a huge effort and would welcome your support during the campaign! 🙂

Having narrowly lost to Craanford in the last round of the group stages the girls then advanced to the quarter final against Glynn. The girls faced a tough and skilful Glynn side, however our girls put in a superb effort  and won the match by a scoreline of 7-3 to 1-5. We now are through to the county semi-final of the Rackard League competition which will take place this Thursday 04/06/15 in Bellefield, Enniscorthy at 15:30 against Bunclody.

Once again, we would ask for your support to get behind the girls and cheer them on this Thursday!

Hard luck to the girls of the Rackard league camogie team who lost the semi-final against a very strong Bunclody team. The girls put up a great fight and did themselves proud. It was a great achievement to get that far and to represent our school as one of the top four teams in Wexford.