Congratulations to our annual Kiltealy Readathon winners !! Thank you to Ms.Kehoe for organising another very successful Readathon . Keep up the great reading !!

For School Self Evaluation we are focusing on handwriting and creative arts. Well done to this months handwriting winners your teachers and parents are very proud of you. ✏✏

We are getting very excited about the opening of our Community Park on 14th April at 2pm.
Liam Sharkey and John Reilly will provide free entertainment for the children with music and all their favourite cartoon characters. There will be information stands on all the projects the Kiltealy Community Development Committee have been working on. Complimentary tea, coffee and refreshments will also be provided. We hope to see lots of our students, parents and grandparents on Sunday. ☀️☀️‍♀️‍♂️

We would like to say thank you to Keeva Delaney for visiting us in Kiltealy NS , a very talented young 11 year old girl who wrote and illustrated a book ‘The Dolls Complaints’ and is donating all earnings from the book to the charity Cliona’s Foundation which provides financial assistance to the parents of children with life limiting conditions. Well Done Keeva !

Reminder school closes at 12pm tomorrow for our Easter Mid-term Break. Happy Easter from all the staff and pupils in Kiltealy NS !!.

Well done to the boys and girls who received handwriting certificates for the month of March. Keep up the great work!

Well done to the boys and girls from 1st to 6th class who participated in swimming lessons this year in the Water Front in Enniscorthy. Each child was presented with a certificate. Well done! 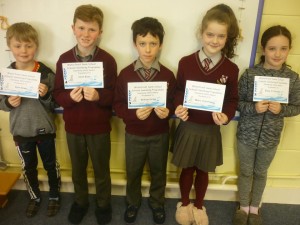 Thank you to all pupils and staff who have contributed in any way to our Green Schools Initiative over the past 2 years. We are thrilled today as we have just received a letter of confirmation by post to inform us that we have been successful in our application for the Green Flag Award. The award will be presented at a ceremony in Kilkenny in May. We have learned lots about water, its uses, its need, water conservation, water contamination and the struggle faced by children in other countries who don’t have easy access to water. We had a visit from Green Schools County Council Team who were very impressed with the work carried out by our Green Schools Committee and the whole school in general. Well done everyone! 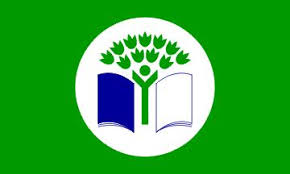 Children from 3rd to 6th Class have been working vert hard in over the past few weeks creating beautiful images through the art form of mosaics. Each piece will be joined together to form a larger piece of art which will be on display in our outdoor garden. Some of the younger children in 1st and 2nd class added to the mosaic too! Well done to everybody. We can’t wait to see the end product!

April Artwork Around the School

As you know, as part of creative schools we created a dome house made out of living willow. On investigation out 1st and 2nd class spotted some buds and leaves starting to grow on it! 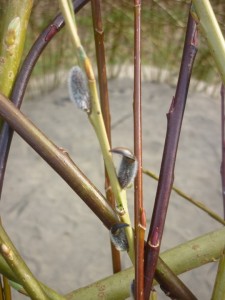 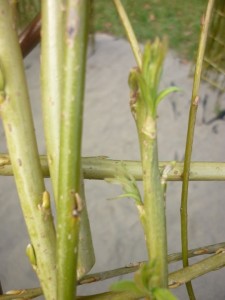 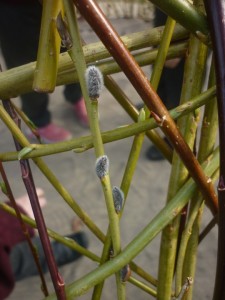